I’m currently in the middle of testing random parameter sets in the CAESAR-Lisflood model – this is to try and recreate the 2007 flash flood in Thinhope Burn, the geomorphic change during it and since. I’m using a nested approach, trying 1000 sets of parameters on the whole catchment, those which seems to work I will take and apply to a higher resolution reach scale simulation.

As the video below shows, appearances can be deceiving!

I should point out that the digital elevation model (DEM) I’m using here is a bit rough (to put it diplomatically). There is no in-channel lateral erosion rate in this parameter set, so channel movements are due to lateral erosion by the model. Stills are taken every ten days of the simulation.

Despite it’s obvious weak points, the behaviour of the river very clearly alters after the flooding which is what I am trying to reproduce. 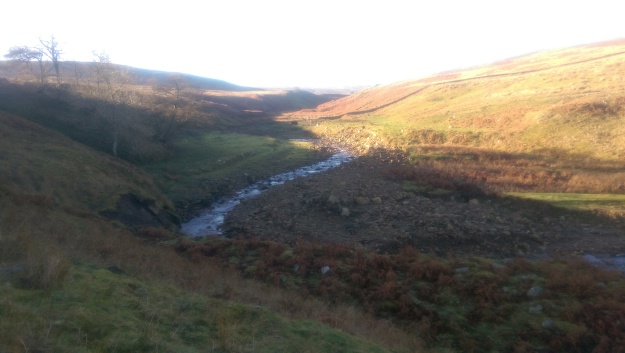