Those who have read some of my previous blog posts, both here and on GEES-ology, will know I have an interest in Spurn Point, a spit at the Mouth of the Humber. This post in particular details the breaching of the Spurn defences after the 5th December 2013 storm surge.

I was really interested then when my Mother-in-Law sent me pictures of some old public notice boards they found in Portsmouth. They provide information about Hurst Spit which, reading the boards, seems to be similar to Spurn Point and at the Mouth of the Solent. 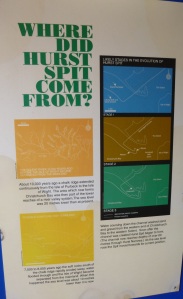 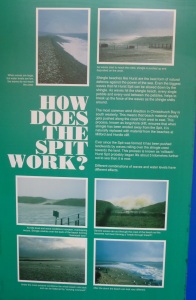 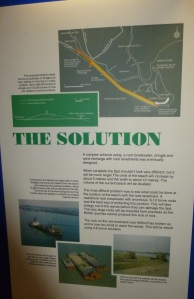 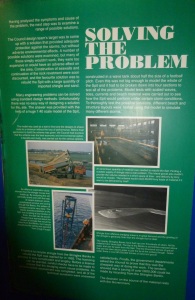 Some of the ideas about how it formed seem very similar to George De Boer’s ideas for the formation, and future, of Spurn. A similar storm even caused a very familiar looking breach in 1989. However, unlike Spurn Point, there seemed to be a will and a plan to maintain the structure there.

I think this is definitely one to look at further to see if any parallels can be drawn.

Thanks to Bev for the pics!